Our Company is Locally Owned & Operated in Houston Book ServiceDiscounts 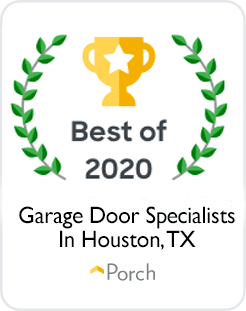 Helping families with their garage doors in Houston for over 14 yrs.

Spectrum Overhead Door LLC is proud to offer a higher level of service and trust in Houston’s garage door repair industry. We are recipients of the Angie’s List “SUPER SERVICE AWARD” and “BEST OF HOME ADVISOR” awards year-after-year. We are one of two companies who have met strict guidelines to qualify for the “BEST PICK REPORT” publication, and the Check A Pro “GOLDEN HARD HAT” award. Finally in 2017, for maintaining an A+ rating on the BBB for multiple years, we recently received their esteemed “GOLD STAR CERTIFICATE.” 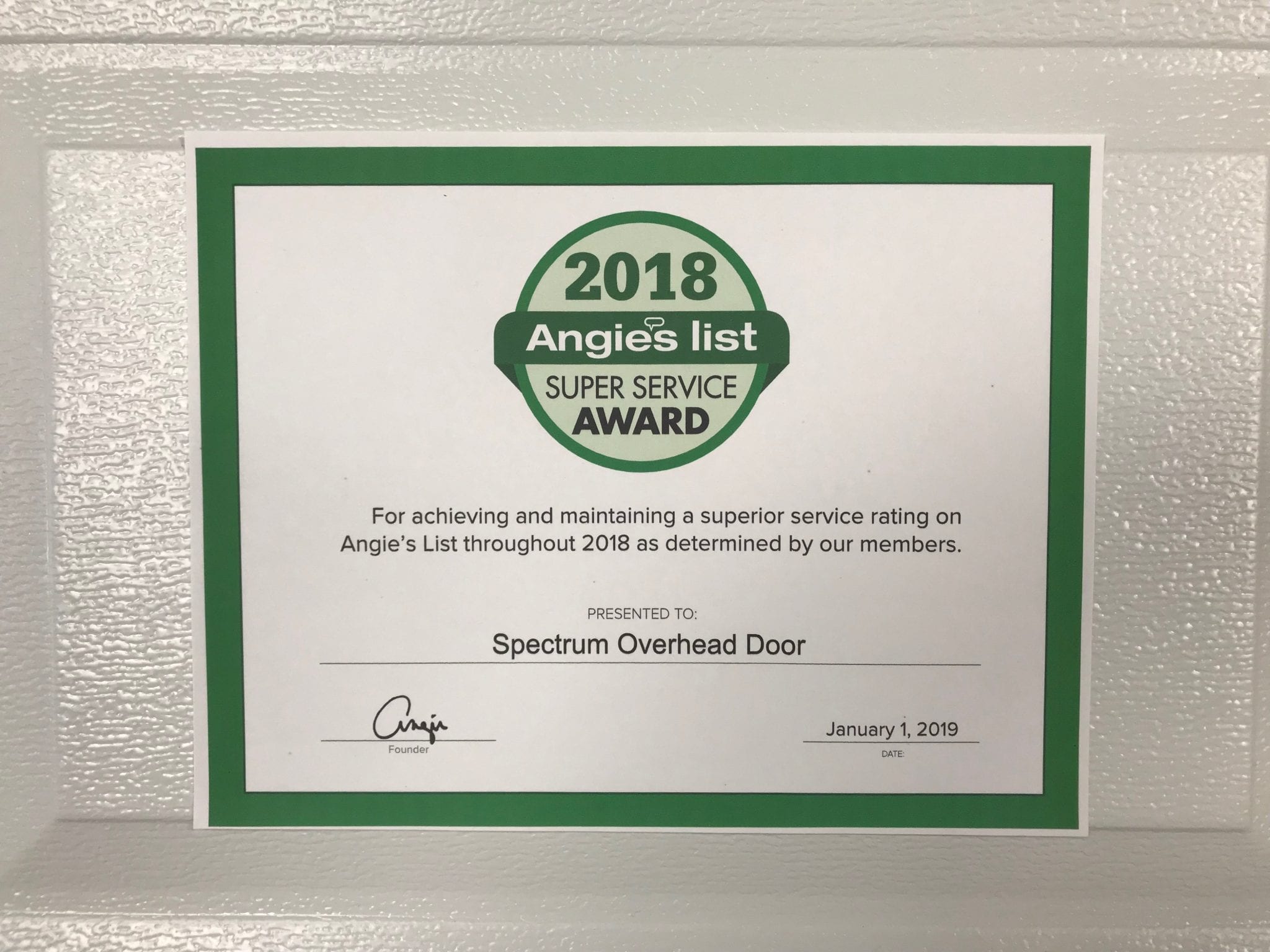 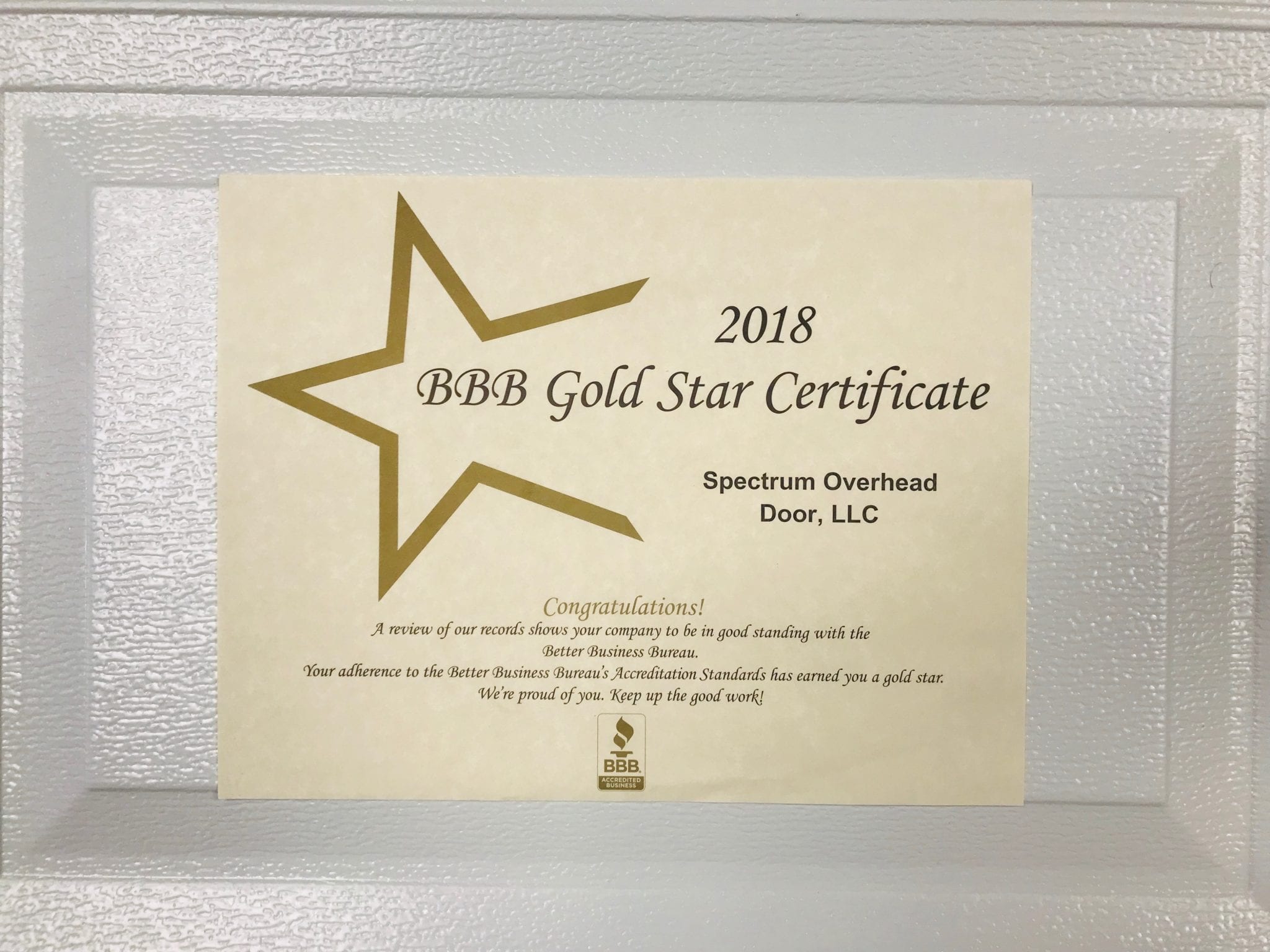 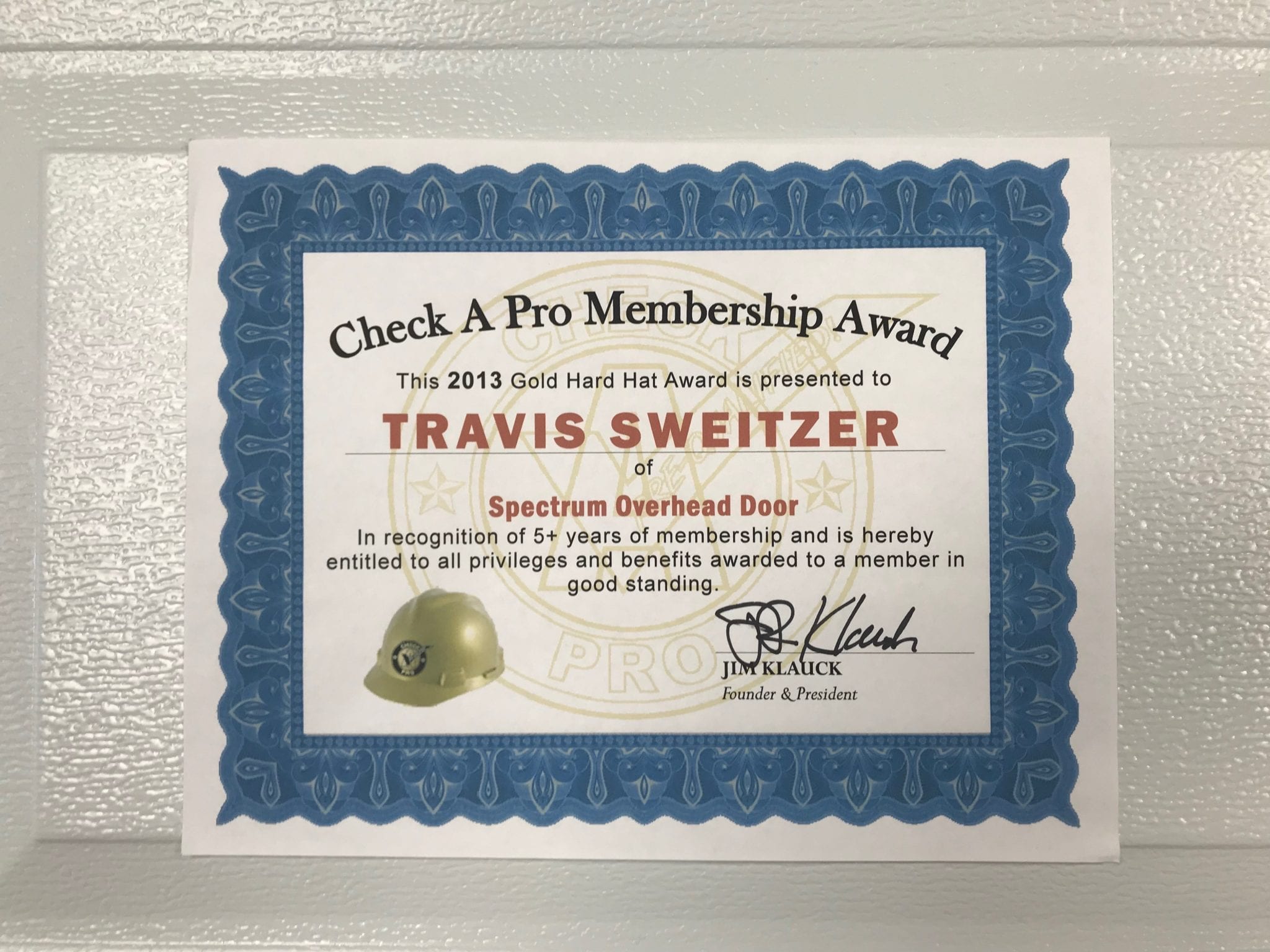 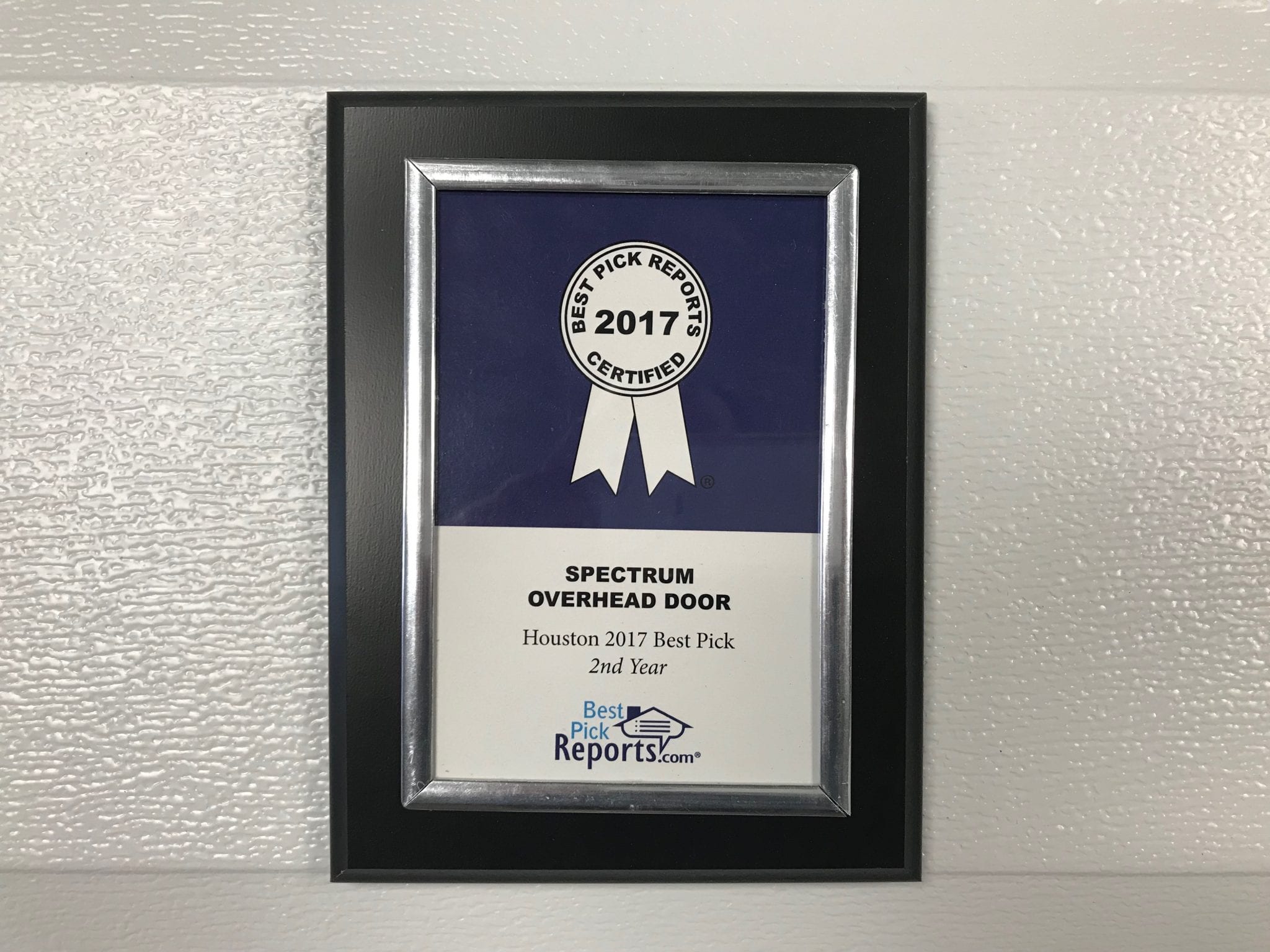 We Are A Locally Owned Company in Houston 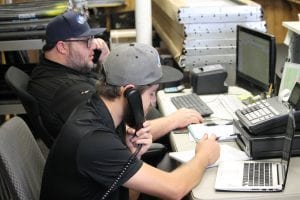 When choosing a garage door company, we have found that many people prefer supporting a local company. As a local company, we have a vested interest in the city we serve, such as a leased office and warehouse space. Customers are welcome to visit us at any time at 11020 Katy Freeway #116b Houston, TX 77043. The owner and many of the employees at Spectrum are members of local churches and volunteer in various community services.

Spectrum’s garage door service was founded in Katy TX and has expanded it’s reach into all areas of Houston. We now have two Houston locations and can be available for emergency service usually within just one hour of your call! We are very content to perform garage door repair in the Houston area as the ONLY market we work in.

You can be confident that Spectrum Overhead Door LLC is truly your local Houston garage door company! 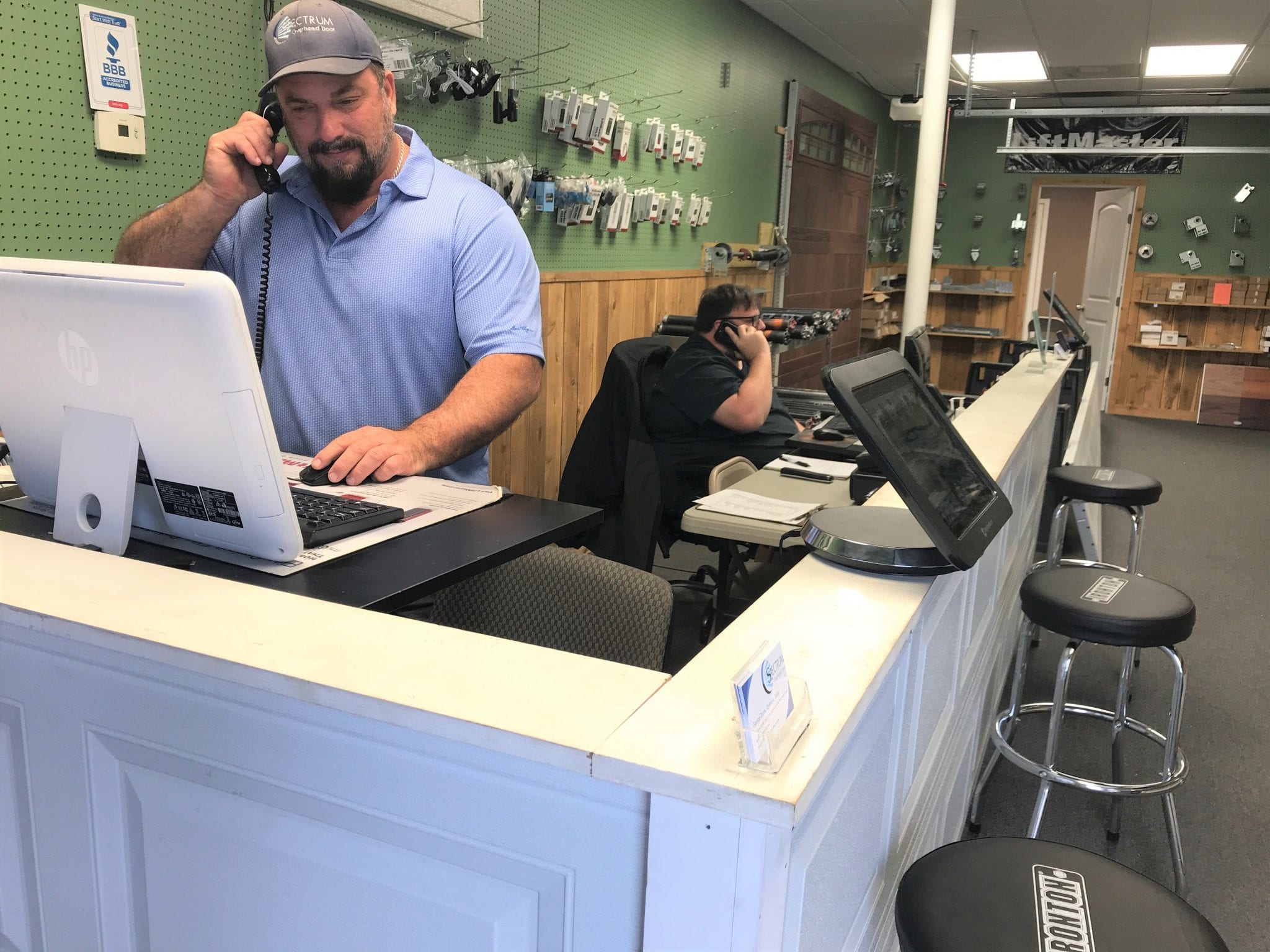 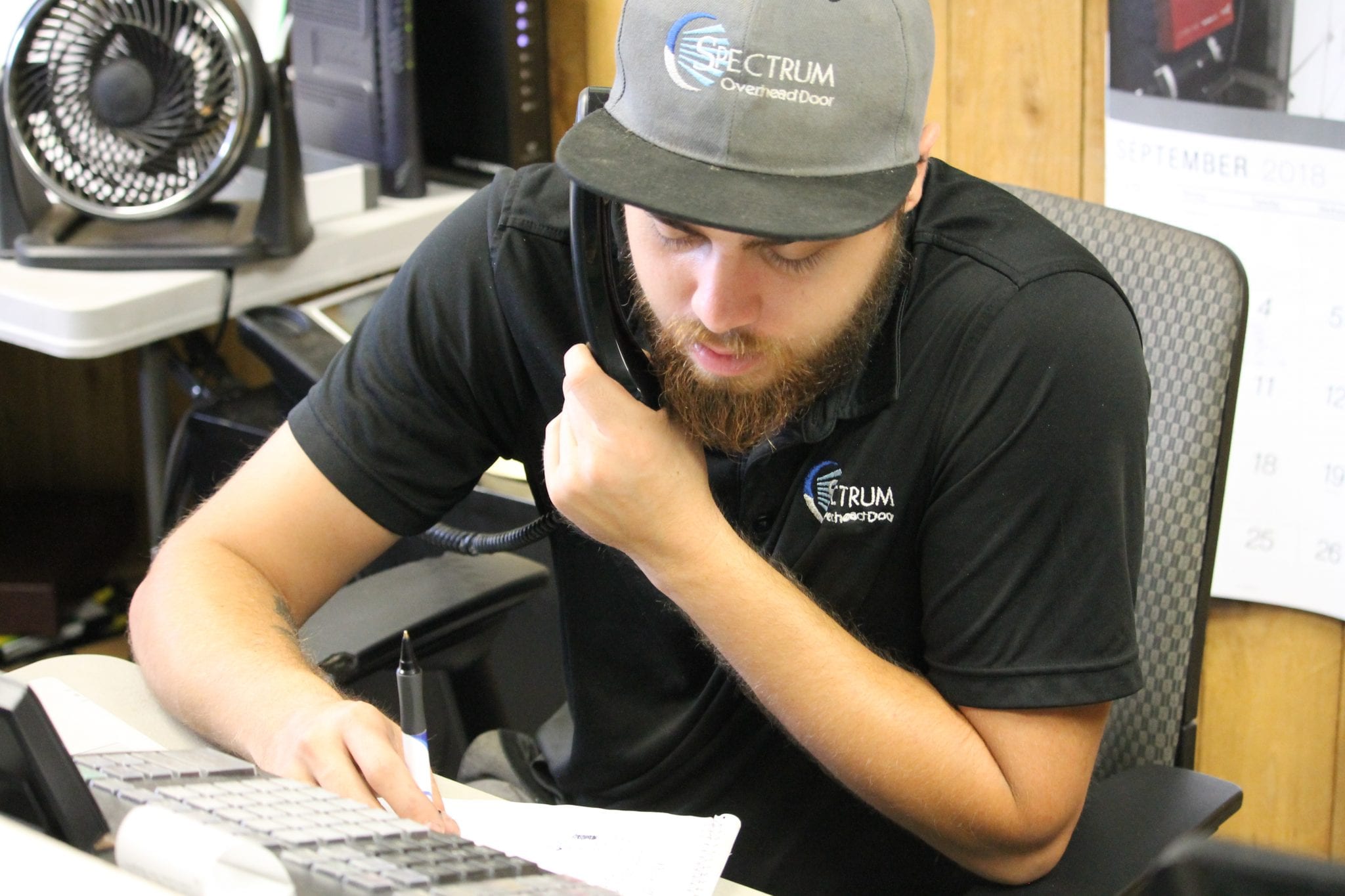 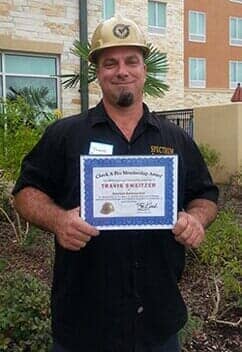 Spectrum Overhead Door is well established, and we are here to stay. Spectrum was founded in 2006 in Katy TX by the owner Travis Sweitzer. The company was owner-operated for the first 6 months as systems, pricing, and policies were being developed to best serve the customer base. Many life long customers were gained during this period of time.

The company’s humble beginning laid a great foundation of pride of workmanship and customer service, albeit out of a small home garage. Later that first year, Travis began hiring and training staff and technicians to grow the business. Soon after, Travis met with a renown local networking and service directory of qualified service companies for a strenuous interview and background check. After meeting the qualifications, Spectrum grew as a result of the new advertising. The second year in business, the company really began to grow as it became members of the BBB.

Spectrum Overhead Door has always received a great many customers through referrals and word of mouth, and that combined with increased advertising efforts the company was able to climb to a new level. Currently the company has two professional locations with warehouses. One located at the Katy Freeway and Beltway 8 and the other off of East Fwy in Channelview.

Travis and his office manager, Michael, dispatch the daily jobs to four company service technicians out in the field. Spectrum’s customers include homeowners, landlords, real estate agents, contractors, and property management companies. Spectrum Overhead Door, backed with over fourteen years of valuable experience, is poised to become the most sought after garage door repair company in the Houston metro area.

Check Out All of Our Verified Reviews!

If you really want to know how well a company is doing, read their customer testimonials. Companies that abuse their customers will not be able to escape negative reviews on sites such as the BBB, Google, and Bing. When running close to 2000 jobs each year in Houston, there are bound to be occasional customers who just cannot be pleased. After over 14 years in the garage door business, we have a track record of hundreds of positive reviews and recommendations, but only a few negative ones. If ever a customer is not satisfied with the results of a job, we will first make a second trip to address any problems, and to make adjustments as needed. After every attempt has been made to rectify an issue, a partial or full refund will be issued. We offer a 100% satisfaction guarantee on all garage door work performed. Please click our “REVIEWS” tab above to see why Spectrum Overhead Door is #1 in Houston for customer ratings and service.

“A Higher Spectrum of Service and Trust”

FILL OUT FORM FOR A  FREE QUOTE...